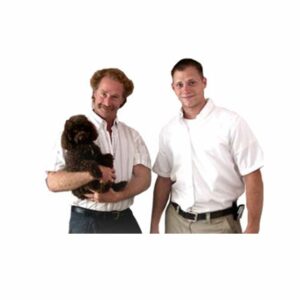 Greg Kramer, a PA native, had an early start in the business of antiques. He bought and sold arrowheads, coins and bottles between the ages of 9-18. The choice of his career early in his life has given Greg the opportunity to acquire knowledge in many fields of antiques over the last three decades, with an emphasis on 18th and 19th century Americana and related categories. With this knowledge, Greg has built and added to many important collections of Americana - Both private and institutional across the United States. His opinion is sought after by both dealer and collector alike.

Eric Kramer, Greg's son, is a 1999 graduate of Conrad Weiser high school. For a year after he graduated, he tried his hand at carpentry, but in 2000, he has come into the business working fulltime with his father. Keep in mind that Eric has attended antique shows, markets and auctions since he was five years old, so it would only seem natural that Eric is the next generation Kramer & Co.